How Are LEDs So Efficient? 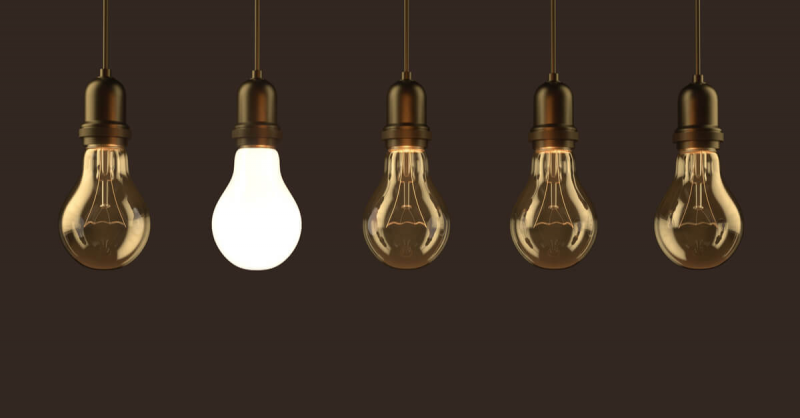 If the amount of energy consumed by compact fluorescent or incandescent lightbulbs were to measured in gulps, LED light bulbs could be measured in sips. Still, when you turn on your LED lighting in your home, you’ll notice that the bulbs make just as much light — sometimes even more. You may be wondering what kind of sorcery makes this possible. In this piece, we’re going to quickly look at how LED lightbulbs can be so much more efficient than the bulbs that came before.

One of the draws of incandescent bulbs is their upfront cost — they’ll incredibly cheap. If one burned out in your house (and they will within about 1,000 hours), you could probably go ask your neighbor if they had a spare. They wouldn’t even expect any money for it.  Compact fluorescent bulbs are a little more expensive, but still not too bad. If you one of these burn out (probably after around 8,000 hours), your neighbor may expect a few dollars. While cheap upfront, both of these bulbs gulp power. The worst offender is incandescent bulbs — chowing down an estimated nearly $10.95 a year per bulb with average 5-hour usage. The next worst is compact fluorescent lighting, consuming an average $2.56 a year per bulb. By contrast, the cost to power an LED lightbulb is around $1.83 a year per bulb with an estimated lifespan of 46,000 hours.

The Worst Lightbulb Experiment Ever (Do Not Try At Home)

There’s a not-so-scientific experiment one can do in order to learn why LEDs are so much cheaper to power than compact fluorescent and incandescent bulbs. (Just as a disclaimer, we do not recommend doing this for reasons that will quickly become obvious.)

The compact fluorescent and incandescent bulbs would probably send you to the hospital with second and third-degree burns on your hands. The LED bulb will probably feel the same temperature that it was when you installed it.

“So, Mr. Smarty Pants — how much heat does the average LED lightbulb put off?”

About 87 degrees Fahrenheit. Under the right conditions, most LED light bulbs are cool to the touch even after they have been running for extended periods of time. Because LEDs create less heat, they require substantially less power to give off comparable light. Not only does this make them ideal for use in temperature-sensitive scenarios, but also means they’re not creating wasteful heat.

Are you tired of paying for unwanted heat with your home or business’ lighting? Making the switch to highly efficient LED lighting has never been easier with help from the LED lighting experts at Lighting, Inc.